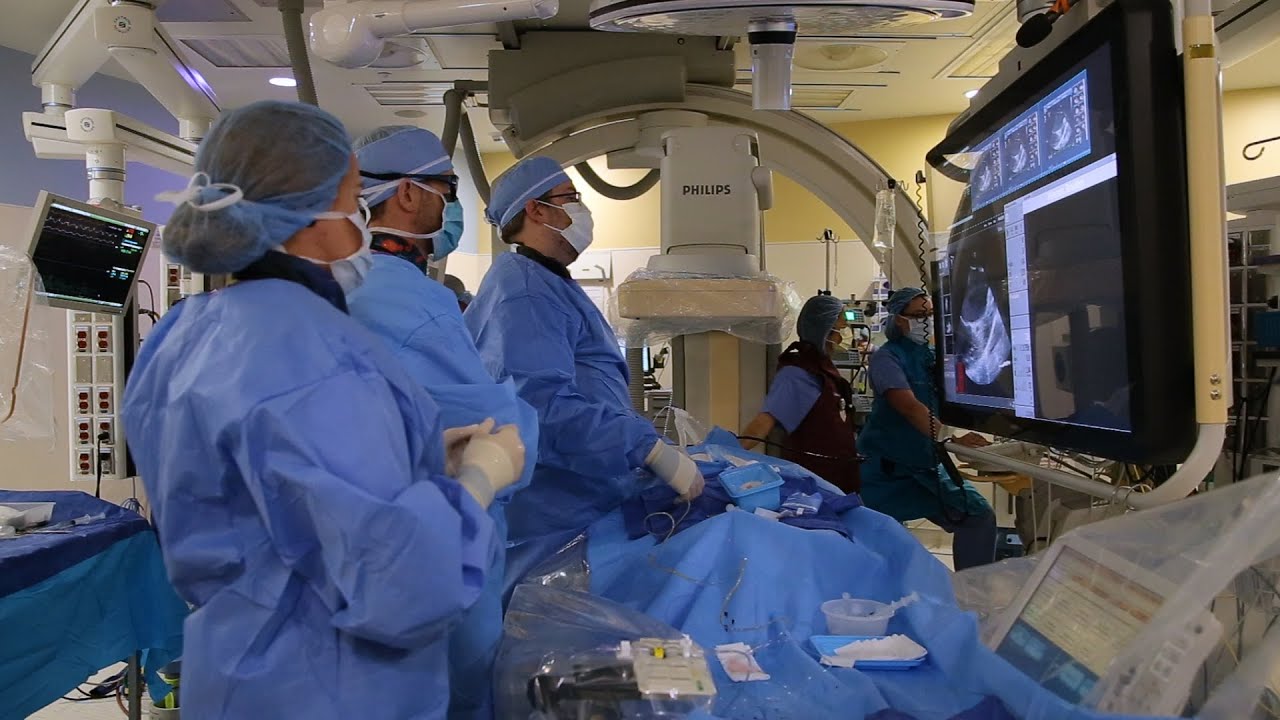 9700 Series – RADPAD® Table Skirts with Anchor are an easy way to reduce your exposure to scatter radiation. We have been getting similar results for years in our outfitted labs, and will prove this on-site.

Contact us today, so we can outfit your lab with this fixed table-side shielding that is both economical and effective, as shown by the EXTRA-RAD Study.

Here we present an article from tctmd.com covering the study and some of the results. 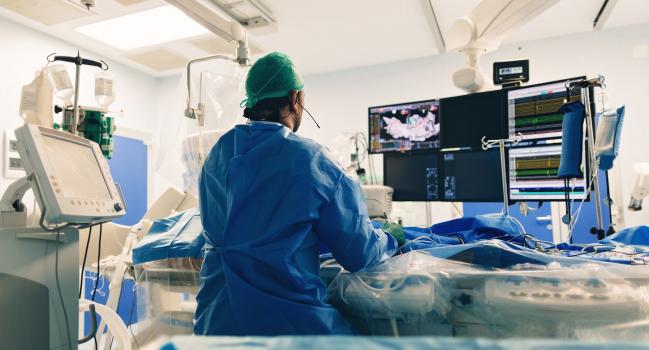 Standard radiation protection gear used by operators in the cath lab leaves the lower body exposed, but with a little creativity it is possible to add protective shielding underneath the angiography table that significantly cuts the dose to the operator’s pelvis, a small study suggests. The under-the-table strategy also reduced the radiation dose at the operator’s thorax such that total radiation dose became negligible.

In an email, Alessandro Sciahbasi, MD, PhD (Sandro Pertini Hospital, Rome, Italy), said the lack of inexpensive, commercially available under-the-table shields to protect an operator’s pelvic region is what led his group to make their own and test them out. For the study, known as EXTRA-RAD, they made two different models: a small curtain under table (SCUT) and a drape under table (DUT) that were used in conjunction with standard leaded gear during coronary artery procedures.

“The devices are cheap and very easy to customize as we used old materials available in the warehouse of our cath lab (a skirt of a leaded apron for the DUT and an old under-table drape for the SCUT),” Sciahbasi said.

Among the four operators who performed over 200 radial procedures over 1 year in the EXTRA-RAD study, the median reduction in dose to the pelvis was 71%.

“After the analysis of the results of the study, the use of the SCUT has become a part of the structural shielding of our cath lab,” Sciahbasi told TCTMD. “The device is placed in every procedure without workload for the staff or bothering of the operator because the operator, generally, has no perception of its presence (it works even if the operator doesn’t know that it is there).”

The research was published online February 8, 2019, in Circulation: Cardiovascular Interventions.

According to Sciahbasi and colleagues, few studies have documented pelvic radiation to operators; those that have addressed this issue show that while the amount of radiation exposure is much lower than the amount to the upper body, most anti-radiation equipment fails to protect the lower body adequately. They say their findings may be of particular importance for young operators and for female cardiologists, since surveys from both the American College of Cardiology and the European Association of Percutaneous Cardiovascular Interventions suggest that fertility- and pregnancy-related radiation concerns are a barrier for women interested in pursuing interventional cardiology careers.

EXTRA-RAD was a prospective, single-center study that randomized patients undergoing transradial coronary procedures (40% PCI, with equal distribution of right and left access) into a group with standard protective measures only (n = 79) or these plus adjunctive protective shields under the angiography table (n = 78). The standard measures for operators included a lead apron, a thyroid collar, lower body radiograph curtain fixed on the angiographic table, suspended protective lead shield, and leaded glasses. Based on their own prior work in the RADIATION study, they also used two 80 cm by 60 cm adjunctive protective drapes that were placed on the patient’s pelvic region and legs.

Radiation in the room and to the operator was recorded at the beginning and the end of each procedure. The mean radiation dose to the operator’s pelvis as measured outside the apron was 42 µSV in the group with no under-the-table shields and 12 µSV in the group with shields (P < 0.001), a reduction of 71%. There also was a lower dose to the pelvis under the lead apron with versus without the shields (0.22 μSv vs 0.75 µSV; P < 0.001). The findings were similar whether the procedure being performed was diagnostic angiography or PCI.

The mean dose to the thorax was 3.7 µSV and 2 µSV, respectively (P = 0.001), and it remained lower even after normalization by dose-area product and air kerma. “The median effective dose obtained with this arrangement is only 0.06 μSv indicating that the operators receive a radiation dose equivalent to one chest radiograph after performing > 300 procedures,” Sciahbasi and colleagues write.

When the researchers compared their two homemade shield models, both were found to be equally effective at reducing pelvic and thorax radiation dose to the operator. Sciahbasi said a dedicated analysis is ongoing to evaluate the effect of the shields on reducing radiation to the other cath lab professionals in the room, but said that due to their location under the table he does not expect to see a reduction as significant as was seen in the operators.

Sciahbasi and colleagues say their simple solution may be an alternative to more costly full-body protection systems like the suspended lead curtain, which are highly effective but can limit the movements of the operator.